ANN ARBOR, Mich.–(BUSINESS WIRE)–#A3–The global motion control and motor market saw a 0.2% decline in shipments in the first quarter of 2019 vs. the same period last year, down to $952.3 million. However, according to the Motion Control & Motor Association, part of the Association for Advancing Automation (A3), shipments were up 0.6% ($6 million) compared to the fourth quarter of 2018. 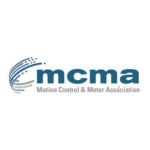 “While the year-over-year numbers show a slight decline, it’s promising to see the increase from Q4 2018 to Q1 2019 and hear positive projections for the months ahead from the member companies we polled,” said A3 Vice President Dana Whalls. “Motion control and motor technologies play a substantial role in growing automation worldwide, and if what we’re hearing is any indication, we expect both sales and shipments to continue to increase over the next six months as these tools get smarter, more capable, and more productive.”

According to the latest MCMA survey of industry experts, 69% of member companies surveyed expect higher shipments and 23% expect orders to remain flat.

Learn the latest updates on motion control and motor automation at the MCMA TechCon, Oct. 7-10, 2019 in Indianapolis, Indiana.

Founded in 2006, the Motion Control & Motor Association (MCMA) was developed to advance the global understanding and use of motion control and related automation technologies and to help our member companies and the industry grow. We promote innovation and growth from supply through distribution by providing comprehensive education, research, communication, industry trade shows, events, and networking. Today, MCMA is serving the needs of hundreds of its member manufacturers, distributors, system integrators, manufacturers’ representatives, end users, suppliers, consulting firms, researchers, and academics from across the globe. For more information, please visit www.motioncontrolonline.org

About Association for Advancing Automation (A3)

The Association for Advancing Automation is the global advocate for the benefits of automating. A3 promotes automation technologies and ideas that transform the way business is done. A3 is the umbrella group for Robotic Industries Association (RIA), AIA – Advancing Vision + Imaging, Motion Control & Motor Association (MCMA), and A3 Mexico. RIA, AIA, MCMA and A3 Mexico combined represent over 1,200 automation manufacturers, component suppliers, system integrators, end users, research groups, and consulting firms from throughout the world that drive automation forward. For more information, visit: A3, RIA, AIA, MCMA, A3 Mexico.

Use code CEN to get 15% off Ewin gaming chairs

You may have missed